Allan Bennett was an analytical chemist by training who was brought up as a Roman Catholic by his widowed mother. He was the typical Sagittarius who radiated much spiritual intensity. He was a man with very distinguishing features, burning eyes and thick brows.

He was recognized as an Adeptus Minor in the Golden Dawn by the age of 23. He is most remembered as the first teacher of practical magic to the famed Aleister Crowley. Bennett was always close to the Mathers and had made frequent visits to their home to stay, sometimes for days, even weeks. Although Bennett’s effect upon the Order of the Golden Dawn wasn’t as influential as other members like William Westcott, Annie Horniman, or William Butler Yeats, he contributed a part of himself to the Order in his own silent way. Bennett helped Mathers in collating a mass of papers and valuable Order material. Some of these works were later undertaken by the hands of Crowley and published under the title, Liber 777. Much credit was also given to Bennett for laying out the ground work of the Sepher Sephiroth.
One of Bennett’s better assets was his talent and performance in practical ceremonial magic. One popular composition was the rite of evocation of the Spirit Taphthartharath to visible appearance. Much of this work can be accredited to Bennett.

Bennett left England and the Golden Dawn to live in the east, where he studied Buddhism in Situ. He joined the Sangha and took the name Swami Maitrananda, and later Ananda Metleya. He traveled to Burma, where living the life of a Bhikkhu was sufficient for him. After some years in the Eastern world, he returned to Britain as a missionary. He founded a Buddhist lodge which later developed into the Buddhist Society. At this time, all workings between him and the Golden Dawn, or even Crowley for that fact, were almost non-existent.

Bennett eventually lost hope and satisfaction with the Eastern path to spiritual enlightenment. In the 1920’s, he again took up residence in England. He had outgrown his Buddhist life. As deep and prolonged as the time had been, it still had not quenched his insatiable hunger for spiritual attainment.

Allan Bennett was a clear thinker and a natural ascetic. Having divested himself of his few possessions on entering the Sangha, he was extremely poor. He rented a back room, unfurnished except for a small table with two or three books and his famous “blasting rod”. He seems to have preferred this to the wands recommended in the Golden Dawn. He charged it with considerable magnetism, and would mount it in a wooden handle painted with words of power. The words of power could be changed according to the nature of the operation proposed. Beyond this, his room was filled with machinery. His mechanical works were devoted to the aim in perfecting a device to establish conscious communication with the astral world.

Bennett’s health grew worse than ever in England. It had first declined there in his earlier years due to the climate. In a final attempt to relieve his misery, he tried at Liverpool to board a ship bound for a warmer climate. The captain, unwilling to take responsibility for anyone so gravely ill, refused him passage.

Bennett died almost instantly from severe asthma spasms and convulsions. He died leaving behind very little. The location of his writings, books, journals or manuscripts were unknown to many save perhaps to only those of his brethren of the Buddhist Society and close relatives & disciples.

In his last days, shortly before his death, he resigned from the Buddhist Lodge which he had formed. He was sick, tired, and realizing that his time on this earth was now at an end, he perhaps not in a formal way, but in a way that matters most, in his heart, he stood once again within the Hall of the Neophyte before the Banner of the East, and before an etheric figure of his late mentor, MacGregor Mathers.As his eyes may have glanced upward, he saw descending upon him, the Light of his own Higher Genius. 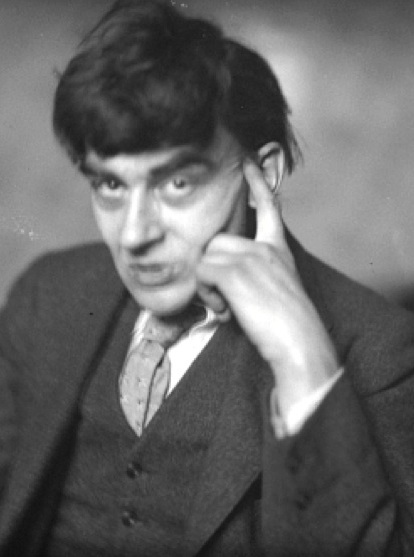