Arthur Edward Waite was born in America on October 2nd, 1857, in the city of Brooklyn, New York. His father, Charles F. Waite, who was a merchant marine, died at sea when Arthur was a small boy. After the death of his father, Waite’s mother moved the family back to London. Because His father and mother had never been properly married, upon the family’s return to England, they were rejected by his mother’s wealthy relatives, forcing them to live in relative poverty. It was due to this rejection that Waite’s mother
converted to Catholicism. The teachings of the church had a lifelong impact on Waite, instilling in him a love for ceremony and ritual. Although the family was poor, Waite’s mother managed to get him into small private schools in North London and into St. Charles College at the age of thirteen. Eventually he left school to become a clerk, writing poetry in his spare time. At the age of twenty one he began to study esoteric texts in the British Museum, and it was there that he ran into a man named Macgregor Mathers.

In January 1891 Waite and his wife Ada Lakeman were initiated into the Neophyte grade of the Golden Dawn. The temple was Isis-Urania which was located in the Mathers house, Strent Lodge in Dulwich, near the Horniman Museum, where Mathers was employed. Waite’s involvement was irregular and his wife was never enthusiastic about the order. However by April 1892 Waite was advanced to the Grade of Philosophus 4=7. It was at this time that Waite left the order. He had always been in favor of the path of the Mystic rather than the path of the Occultist and had never seen eye to eye with Mathers. A year or two later he was persuaded to return to the order and in 1899 was admitted in to the inner order of the Golden Dawn, the Red Rose and Gold Cross. Unfortunately by this time, the Golden dawn had begun to fall on hard times.

In 1897 Dr. Wynn Westcott, who was at that time a London coroner, was forced to step down from public duty in the order. It had come to the attention of some of his superiors that he was one of the heads of an “occult order,” and this was not seen as fitting for a “coroner of the crown.” After Westcott resigned, the London branch of the order was run by Florence Farr, the famous actress. Her relationship with Mathers, who was at this time still running the order from Paris, was somewhat strained, and the extensive grade examinations and testing routines carried out by Westcott began to decline. This caused the London branch of the order to deteriorate.

It was at this time Waite decided to join the Freemasons. On the 19th of September in the year 1901 he was initiated into that order. Soon after this he also entered The Societas Rosicruciana in Anglia (S.R.I.A.). He even went on to become a Knights Templar! Waite Continued to work with Golden Dawn members and Golden Dawn style ritual work for years, perhaps even into the 1920s. In 1903 the Original order of the Golden dawn had split apart. Members loyal to Mathers formed the “Order of the Alpha et Omega,” and Waite became head of the original Isis-Urania temple. He renamed the order the “Order of the Independent and Rectified Rite.” Many of the remaining Golden Dawn members from the temple of Isis-Urania were a part of that group. Some of them didn’t like the new group; Waite had changed things to suite his tastes for Mysticism. Those who preferred the Magical path, among them, Dr. Robert William Felkin and John William Brodie-Innes, left the group and formed the “Order of the Stella Matutina.” Waite dissolved the “Order of the Independent and Rectified Rite” in 1914 and replaced it with a new order, “The Fellowship of the Rosy Cross.” Possibly due to his past struggles, Waite made this statement in the constitution of his new order, “The Fellowship of the Rosy cross has no concern whatsoever in occult or physical research, it is a Quest of Grace and not a Quest of power.” Like so many splinter groups from the Golden Dawn, eventually the Fellowship of the Rosy Cross faded into history.

Arthur Edward Waite certainly left his mark though, like all men of Genius he had those who liked what he had to say and those who labeled him dry, boring and long-winded. Waite had a tremendous thirst for knowledge and was a prolific writer on occult subjects, these included; Kabalism, Alchemy, Rosicrucianism, black magic, ceremonial magic, legends of the Holy Grail, and freemasonry. Some of the books he wrote are still in print such as The Holy Kabbalah, The New Encyclopedia of Freemasonry, and the Book of Ceremonial Magic. But, his most notable contribution was to co-create the Rider-Waite tarot, and to write its companion volume, The Pictoral Key to the Tarot. The Rider-Waite Tarot has been called the most used tarot deck in history. It was one of the first decks to illustrate all 78 cards, instead of only the 22 major arcana. It was painted by Pamela Coleman Smith, a Golden Dawn member, and first published in 1910. Waite died at the age of 90 in 1947. 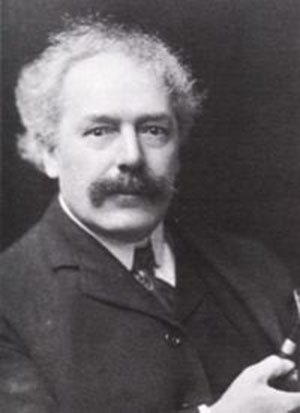