From the Fire comes the Smoke from the Smoke leaps the Fire:
Born a Scorpio in the City of London, Israel Regardie began life in a poor Jewish family. During this time London was referred to as The Big Smoke a nickname it received for its notorious fog and smog at that time. “Only the Phoenix rises and does not descend. And everything changes. And nothing is truly lost.” 1. Master Li,The Wake. Author Neil Gaiman
Undoubtedly, Israel Regardie is best known for stirring into to the world of Magic and The Order of the Golden Dawn a great controversy. Regardie received open criticism and protest from his former fellow members of The Stella Matutina for breaking his oath of silence and publishing the once secret doctrines and rituals of the order in 1937. It has been argued that the Order was already disbanded if not in danger of collapsing prior to the publications. The Order of the Golden Dawn was published in four volumes, and was the first
complete rending of the veil on the order’s practices. It contained many of the Golden Dawn’s rituals and practices at that time. There had already been leaks and breaches in the seal of secrecy and none had been complete or truthful. As the protest swelled it is purported that many adepts of the order were secretly thankful for the hermetic fissure. Israel Regardie himself defended his choice and the great risk he took in his book My Rosicrucian Adventure, published in 1936:
“…it is essential that the whole system should be publicly exhibited so that it may not be lost to mankind, for it is the heritage of every man and woman and their spiritual birthright. My motives have been to prove without a doubt that no longer is the Order the ideal medium for the transmission of Magic, and that since there have already been several partial and irresponsible disclosures of the Order’s teachings, a more adequate presentation of that system is urgently called for. Only thus may the widespread misconceptions as to Magic be removed.”

-An eloquent statement and confession by one of the most re-known names in theurgy. Some call it “The Big Black Book” and it is impressive. It has been the cause of many a man and woman to seek their Higher Genius.

So how did the poor boy from The Big Smoke become the fiery regenerator of the rich and bold tradition of the Order of the Golden Dawn?

Well, in 1921, when Francis Israel was thirteen, the Regardie Family moved to the United States, Washington D.C., specifically. Israel studied Art in Washington and Philadelphia. Israel was an avid reader and quite an accomplished intellect at that. He gorged his mind with Art, Philosophy, and Language. He often conducted his own studies at the Library of Congress. It was here about that Israel first encountered the teachings of Theosophy a bright burning and budding branch of Occult Studies. He became fond of the writings of Madame Blavatsky. He took on a Hebrew tutor at this time and learned to read Hebrew, surely an invaluable tool in Qabalistic studies to come.

The fire of initiation was sparked:
On the 18th February 1926, Regardie applied for membership to the Washington College of the Societas Rosicruciana in America (S.R.I.A.). He was initiated into the Neophyte grade on 18th March 1926 and advanced to the Zelator grade on 2nd June 1927. It was during this time that Regardie became interested in occultism and having discovered a book by Aleister Crowley, was soon captivated by his activities and writings.

Although Israel was for a time and is still sometimes mistakenly associated strongly with Aleister Crowley it was a rather short and disappointing relationship for the studious and self-disciplined Israel Regardie. It was October 1928 that at 32 Israel Regardie traveled to France to be the secretary of Aleister Crowley. Israel had sent word to Aleister and finally received reply. Excited that he would learn great Magical secrets from the published Author, up and moved to Paris. Crowley never offered to teach any great secrets of magick to the young and reserved Israel, as the story goes. Israel being of his nature continued to avidly study and pursue the great work of his own accord reading every book, manuscript, and article available. His only published work for and or about Aleister Crowley was a co-authored venture to improve Aleister’s Public Image upon his return to England when he had been asked to leave Paris.

Israel’s association with Aleister Crowley was not one that he was ungraceful toward. Perhaps, he was too big a man to give offense. And Israel was disheartened this association reputed him as a Thelemite.

“One of his pet hates was people associating him with Crowley’s brand of Thelemic Magic and the Book of the Law. I can still recall him thumping the table at dinner one night saying “Dammit, I’m a Golden Dawn man and not a Thelemite, and I wish people would realize it”, writes Pat Zalewski author of The Secret Inner Order Rituals of the Golden Dawn.

After his disillusioning association with Aleister, Israel became the Secretary of Thomas Burke. By this time the Golden Dawn was sleeping like a great Phoenix. Its lineage of initiation continued on with the Stella Matutina and the Alpha et Omega. With the encouragement of Dion Fortune, Israel was then initiated into the Stella Matutina in 1933. He quickly progressed through the current achieving the grade of Theoricus Adeptus Minor. In December of 1934 he left that branch of the order with some reservations about his contemporaries and their motivations. Israel also felt strongly that if the traditions were to survive the wages of time and men the teachings would need to be placed in a greater number of hands.

After graduating Chiropractic School in New York were he became fond of Jungian Psychology, in 1941, Regardie served in the U.S. Army till the end of WWII, during which time he explored Christian mysticism and wrote about his ideas in The Romance of Metaphysics published in 1946. After leaving the army he relocated to southern California and set up practice as a chiropractor and Reichian therapist. He taught psychiatry at the Los Angeles College of Chiropractic and contributed articles to various psychology magazines. He also wrote several more books including: The Art and Meaning of Magic, Roll Away the Stone, Twelve Steps to Spiritual Enlightenment, A Practical Guide to Geomantic Divination, How to Make and Use Talismans, and Foundations of Practical Magic.

The phoenix burns brightly and truly, nothing is lost:
Perhaps his greatest, yet lesser known accomplishment is arguably the most remarkable modern development in the Order of the Golden Dawn. So many of us must show our eternal gratitude that he did what he knew he must.

It was his first objective, throughout his career to preserve the teachings of the Golden Dawn, but Israel Regardie had also set himself another task. As an Adept of the Golden Dawn, he felt it was down to him to bring a valid branch of the initiatory lineage of the order to America.

His work has increased awareness of the world of magic and interest in magical studies and a migration of souls to the current of the Golden Dawn. And so the modern world of magic is ever affected. And the call to “quit the darkness” ever amplified.

Israel’s Motto A.M.A.G. – Ad Majorem Adonai Gloriam – “To the Greater Glory
of God” it certainly seemed to be his truth. After Regardie retired from his practice in 1981 and moved to Sedona, Arizona, he continued to write. His later books included Ceremonial Magic, The Lazy Man’s Guide to Relaxation, and The Complete Golden Dawn System of Magic. He continued to give advice on health and magick until the end of his earthly life. He died of a heart attack on the 10th March 1985 while having dinner with friends at one of his favorite restaurants. Although he is gone, his legacy remains in his written works, which continue to teach and inspire new generations of students. And with the Sun in Pisces the Adept Scorpio traveled rose into the brilliant and merciful waters of Heaven. 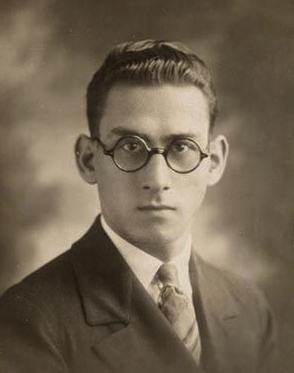