Born in London in 1527, this remarkable mathematician and astrologer is supposed to have been descended from a noble old Welsh House. He affirmed that among his direct ancestors was Roderick the Great, Prince of Wales. Dee’s father appears to have been a gentleman server at the court of Henry VIII. Consequently, he was able to give his son a good education. At the age of 15 John Dee proceeded to Cambridge, and after two years there he took his degree as Bachelor of Arts; while a little later on his
becoming intensley interested in astronomy and the like, he decided to leave England and go and study abroad.
In 1547 he went to the Low Countries, where he met with numerous scholars, and where he eventually brought home the first astronomer’s staff of brass and two globes constructed by Gerad Mercetor.

In 1550 Dee spent several months in Paris, lecturing there on the principles of geometry. He was offered a permanent post at the Sorbonne; but he decline and returned home to England in 1551, where having been recommended to Edward VI, he was granted the rectory of Upton-upon-Severn, Worcestershire.

The astrologer was now in a delightful and enviable position, having a comfortable home and assured income and being able to devote himself exclusively to the studies he loved. The most romantic circumstances in Dee’s life, however, are those which deal with his experiments in crystallomancy. Living in comparative solitude, practicing astrology for bread, but studying alchemy for pleasure, brooding over Talmudic mysteries and Rosicrucian theories, immersed in constant contemplation of wonders which he longed to penetrate and dazzled by visions of the elixir of life and the Philosopher’s Stone, Dee soon attained to such a condition of mystic exaltation that his visions became to him as realities, and he persuaded himself that he was the favored of the invisible.

In his diary he records that he first saw spirits in his crystal globe on the 25th of May, 1581. In another year he had attained to a higher level, and one day, in November, 1582, while on his knees and fervently praying, he became aware of a sudden glory which filled the west window of his laboratory, and in whose midst shone the bright angel Uriel. It was impossible for Dee to speak. His tongue was frozen in awe. But Uriel smiled upon him, and gave him a convex piece of crystal, and told him that when he wished to communicate with the beings of another world he had but to examine it intently, and they would immediately appear and reveal the mysteries of the future. Then the angel vanished.

Dee found from the experience that it was needful to concentrate all one’s faculties upon the crystal before the spirits would obey him. He could never remember what the spirits said in their frequent conversations with him. He resolved, therefore, to discover some fellow worker, or neophyte, who should converse with the spirits while he himself, in another part of the room, sat and recorded the interesting dialogue. He found the assistant he sought in one Edward Kelly, who, unhappily for himself, possessed just the requisite skills. 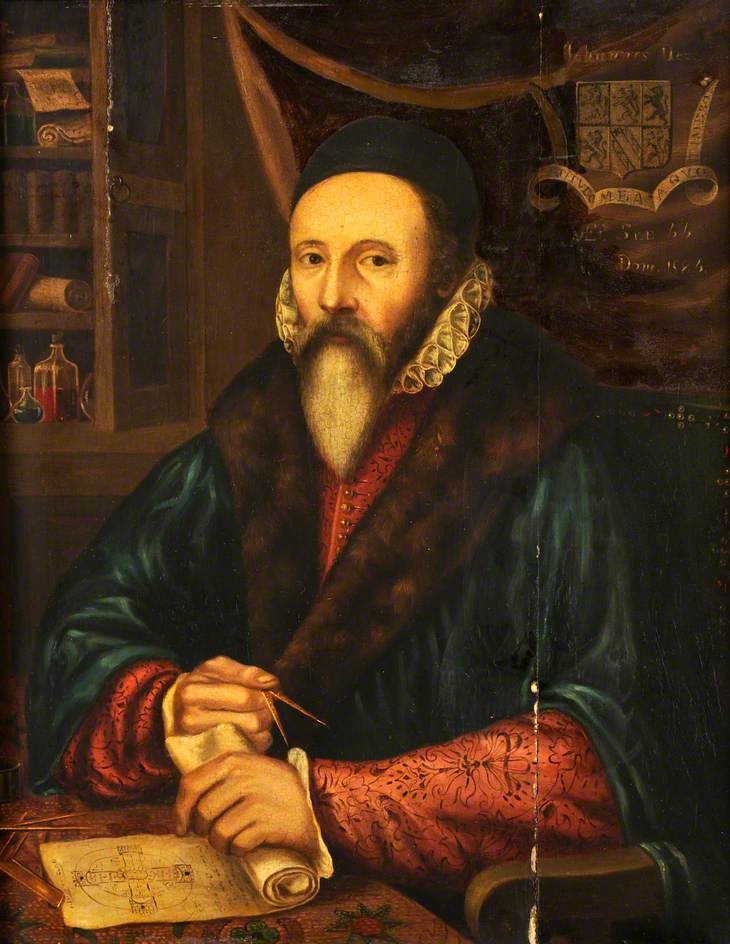