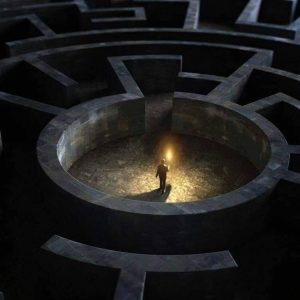 “When man goes in search of the Way, it generally signifies that something within him has collapsed. Apart from exceptional cases, this collapse is preceded by a re-assessment of moral values, which in the searcher’s eyes lose the value he had previously given to them.

Interior collapse leads to certain consequences. Man starts to see things in a different light. Two diametrically opposed effects can result. If man is sufficiently strong and impartial, he will not lower his eyes before implacable reality. He will have the courage to face things directly, and to accept the constatations which are imposed on him, no matter how disagreeable they are. This signifies that he has firmly started on the track which leads to the path of Access to the Way.

On the other hand, if the man is weak, this experience will weaken him even more. The law is explicit: ‘To whosoever hath, to him shall be given. But whosoever hath not, from him shall be taken away even that which he hath.’ If man does not accept his situation and, in particular, his inner state as it appears to him, thanks to brief illuminations from the consciousness of the real ‘I’— if he is obstinate against all evidence, justifying his Personality by protecting himself behind logic, legitimacy and justice, he will then turn his back on the path of Access, and thrust himself further into the wilderness. Nobody can reach the path of Access to the Way, without first passing through an interior bankruptcy; a moral collapse.

Economy of energies too is a must, as the walk to and on the Way demands their total mobilization. Any unjustified expenditure can lead in the end to failure. We must always keep this in mind. In general, the reaction of those around towards someone who begins to search for the Way is negative. This negative attitude is the result of the action of the General Law [Hyperdimensional Matrix], which, as we know, tends to keep man in his place. Not being able to do this directly by the action of Illusion, the General Law, when it loses its dominion over the man who ‘moves’, acts indirectly by the mediation of those around him.

It is a classic situation. From his side, after having passed through moral bankruptcy, he who seeks the Way becomes different from men who continue to live within the limits permitted by the General Law, and thus take mirages for reality. Due to this, he will feel himself more and more isolated. The centre of gravity of his interest will progressively turn to esoteric work, which will end by absorbing him completely. The ‘World’ will be hostile to him, because its own purposes are different; it is not in his interest to provoke this tendency, and even less to keep it alive. The day will come — if he remains in the same milieu — where, apart from rare exceptions he will be openly or secretly hated.

If we ponder this in depth, we shall understand that psychologically this hostile attitude of the ‘World’ towards someone who carries on esoteric work is not only a normal phenomenon but is so to speak, a necessary one. If he who lives in the wilderness — and is satisfied to be there, were to approve of the attitude of one who walks on the track, it would be equivalent to recognizing his own bankruptcy. That is why the ‘World’ considers the latter as a failure. The more he progresses with his work, the more he becomes an object of hate. That is why it is said that: ‘no prophet is acceptable in his own country’ and why ‘the prophet is despised in his country, among his close relations and in his own house.‘

That indication is precise and leaves no room for doubt. He who wants to start esoteric studies is invited to think it over twice, and weigh it all, before he rushes to cross the moat-threshold. We repeat that it will not be possible for him to return to exterior life and to find his place, his pleasures and his satisfaction there as in the past.

It follows that he will become more and more of a stranger to his surroundings; that he will lose more and more interest in exterior life, in which only yesterday he participated fully. The appearance of things, and especially of beings, undergoes a deep change in his eyes. He will one day be surprised to constate that certain faces which only yesterday he found very beautiful now reveal to him marks of bestiality behind their features: not all, but many of them!

However, as well as the difficulties which are the first results of his evolution, such a man will receive comforting impressions, especially in his human relations. He will be surprised to perceive one day that certain faces which only yesterday appeared to him ordinary, today shine in his eyes with a bright beauty. It is because his sight, sharpened by esoteric work, has acquired the faculty of penetrating beyond the external crust. It is amongst these brighter beings that he will find his new friends. Their society will welcome him as one of their own. He will be understood among them, and their community of common aims and interests will be a stimulus and a help for all.“

LIFE is an island, rocks are its desires, trees its dreams, and flowers its loneliness, and it is in the middle of an ocean of solitude and seclusion.—Kahlil Gibran 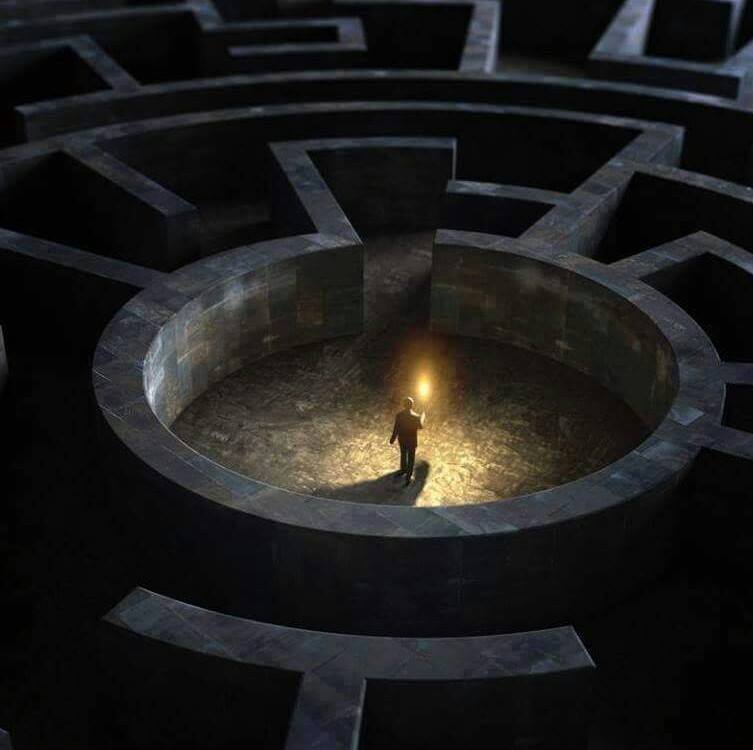