John William Brodie-Innes, profound mystic and a highly reputed adept of whose inner life not a great deal is known, was founder of the original Golden Dawn Order’s Amen-Ra Temple (Chartered in 1893) in Edinburgh, was named successor to the leadership of the Golden Dawn by SL MacGregor Mathers at his death.

Brodie-Innes was of Scots ancestry but was born in England, on 10 March 1848, at Downe in Kent where his father was vicar. He was educated in England and Germany, obtained a BA degree in Mathematics from Cambridge in 1872, then studied law and was called to the English Bar in 1876. His father, the Reverend John Innes, in 1861 inherited the family estate of Milton Brodie, near Forres, took on the name of Brodie, and settled into the life of a country landowner. When he died, in 1894, the estate passed to John William, whose career had blossomed in the years between.

John William Brodie Innes ran his legal practice at Lincoln’s Inn. In addition he began to write. This included newspaper articles, poetry and short stories. His main passion in life was his occult work, however, which was interesting as he was, like his father, an active member of the High Church in the UK.

He married Frances Annesley Voysey in 1879, who was a daughter of the Reverend Charles Voysey, who was notorious for having been ejected from his living for heresy. John and Frances settled in the Bohemian community of Bedford Park, at Chiswick, London, which was fertile ground for both theosophy (esoteric philosophy) and magic.

Brodie-Innes’ active involvement in occult work came after he moved to Edinburgh (although he also maintained his legal practice in London), where he joined the the Scottish Lodge of the Theosophical Society as well as remaining a member in London of the Isis-Urania Temple of the Golden Dawn.

In London he rose rapidly through the ranks of the Order. He entered the Isis-Urania Temple in August 1890 taking the motto Sub spe (“Under hope”), and rapidly advanced until 6th April 1893, when he received the grade of Adeptus Minor in the magical Inner Order, the Rosae Rubeae et Aureae Crucis. Here he was joined in December 1894 by his wife, who had also traversed the path from Neophyte to Adept. By this time they had founded a new Temple, Amen-Ra, at Edinburgh, with Brodie-Innes at its head as Imperator. Amen-Ra suffered a number of problems. Brodie-Innes was seen as an autocratic leader and schism occurred between members. Eventually, in 1901, Amen-Ra was closed down. Brodie -Innes left to set up the Stella Matutina with Dr Felkin, but then later broke away from this. In 1912 the Alpha et Omega 2 (temple) was formed in Edinburgh as a daughter temple to Amen-Ra. Brodie-Innes was its chief, (after having made peace with Mathers and broken off with Felkin). In 1913 Brodie-Innes, established an A.O. temple in London as a southern branch of his revived Amen-Ra Temple in Edinburgh. (This functioned separately from Moina Mathers’s Alpha et Omega 3.) Brodie-Innes was also concerned in the establishment of the Cromlech Temple, known outwardly as the Solar Group, a side-Order of mystical rather than magical intent. Interestingly, Brodie-Innes was model for the “soul doctor” in Dion Fortune’s novel The Secrets of Dr. Taverner.

Brodie-Innes left an impressive body of written work, including an immense law book, Comparative Principles of the Law of England and Scotland, and novels. Six were published between 1908 and 1919, on witchcraft and other topics and one – The Devil’s Mistress (1915) – became an outstanding success. Brodie-Innes also wrote learnedly on occultism (often in the Occult Review) and on various aspects of Scottish life and history.

His final years were beset by tragedy – both his son and his son-in-law were killed during the Great War – and for solace he returned to his Occult work. He maintained connections with the three offshoot branches of the order but gave his allegiance to Mathers’ group known as the Alpha et Omega (A.O.). Brodie-Innes led the A.O. alongside Mathers’ widow Moina, from the time of Mathers’ death in 1918 until his own death on 8 December, 1923. 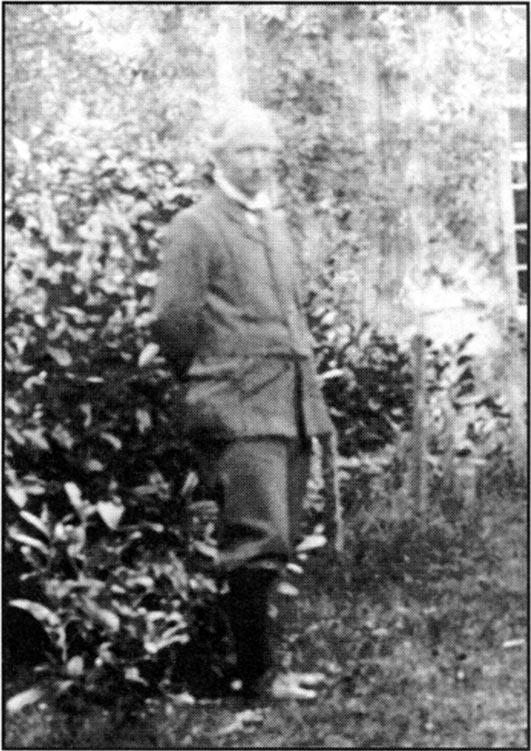 Last update on May 15, 2017
Published May 15, 2017
Author: Golden Dawn Admin
Categories: Wiki Articles
Tags: There are no tags for this post