Paul Foster Case was born in Fairport, New York. His mother was a teacher and his father was the head librarian of the town library, in which Paul Case was literally born. For a man whose thirst for hidden knowledge was unquenchable, he could not have been born into more fortunate circumstances.

Paul learned to read at a very young age. By the age of four he was found pouring over “forbidden books” in the attic of his father’s library. He was also found to have extraordinary musical talent at an early age, and at the age of three began training in piano and organ. At the age of nine, he was the organist at the Congregational Church in which his father was deacon.
At the age of seven, Case began correspondence with Rudyard Kipling, who verified the “fourth-dimensional” experiences Case was having as being not merely imaginary, but actual states of being. At this early age, Case found that he had the ability to consciously manipulate his dreams.

At sixteen, Case met the occultist Claude Bragdon, as they had both donated their talents to a charity performance. It was in this meeting that Paul Case got his first “directive”. Bragdon asked Case, “Where do you think the playing cards come from?” This simple question sparked an immediate search for the origins and uses of Tarot. Within a very short period of time, Case had collected every book and every set of Tarot Keys available. He spent years researching, studying, and meditating on these archetypal images.

Case described his experience at the time as definitely “guided” by an inner voice. In his view, the experience with Tarot had stimulated an “inner hearing”, through which he was guided to the many attributes of Tarot which were published before he was 21 years old. Perhaps Eliphas Levi’s statement on Tarot best summarized its influence on the young Paul Case: “As an erudite Kabalistic book… A prisoner devoid of books, had he only a Tarot of which he knew how to make use, could in a few years acquire a universal science, and converse with unequaled doctrine and inexhaustible eloquence.”
While in New York, Case was approached by Michael Whitty, the Praemonstrator of the Thoth-Hermes Temple of the Golden Dawn (Alpha et Omega). Whitty, having heard of Case’s extensive knowledge of the Western Mystery Tradition and having read some of his published works, invited Case into the Order. Case naturally accepted the offer, and moved through the Outer Grades quickly. He was initiated into the Second Order on May 16, 1920, with the magical motto, Perseverantia. Just three weeks later, he was the Third Adept in the annual Corpus Christi ceremony.

He soon became known as the most knowledgeable occultist in the New York temple, and succeeded Michael Whitty as Praemonstrator within a year of his acceptance into the Second Order. Despite Case’s attainments, he did have considerable difficulty with the system of Enochian Magic. Ultimately, he concluded that the Enochian system was demonic rather than angelic. His Order, the B.O.T.A., excludes all mention of Enochian from its curriculum.

Because of his quick advancement through the Grades of the Order, Case may have sparked some jealousy among the other Adepts. Moreover, others may have thought some of his teachings inappropriate. On July 18, 1921, Moina Mathers wrote Case regarding complaints she had received regarding some of his teachings. Apparently, Case had begun discussing the topic of sex magic, which at the time had no official place in the Order curriculum. Since no knowledge lectures exist on the subject, whether sex practices were ever taught in the Golden Dawn has been a long standing question. In her correspondence with Case, Moina wrote, “…I have seen the results of this superficial sex teaching in several Occult Societies as well as in individual cases. I have never met with one happy result.”

But to Case, sexuality became an increasingly important subject. In his Book of Tokens, a collection of inspired meditations on the 22 Tarot Keys of the Major Arcana, Case comments on the sex function, “You must wholly alter your conception of sex in order to comprehend the Ancient Wisdom… It is the interior nervous organism, not the external organs, that is always meant in phallic symbolism, and the force that works through these interior centers is the Great Magical Agent, the divine serpent fire.” In his works, The True and Invisible Rosicrucian Order and The Masonic Letter G, he writes of certain practices involving the redirection of the sexual force to the higher centers of the brain where experience of supersensory states of consciousness becomes possible.

Some members also complained about a personal relationship between Case and a soror, Lilli Geise. Case confessed the matter to Moina: “The Hierophantria and I were observed to exchange significant glances over the altar during the Mystic Repast… My conscience acquits me… Our relation to each other we submit to no other Judge than that Lord of Love and Justice whom we all adore.” In time, Case married Geise, who died a few years later.

Perhaps Moina’s correspondence also touched a sensitive area for Case. In her July 18th letter, she tells Case, “You evidently have reached a point in your mystical Way where there would appear to exist certain cross-roads. The artist in you, which I recognize, and with whom I deeply sympathize, would probably choose to learn the Truth through the joy and beauty of physical life.” She continued, “You who have studied the Pantheons, do you know of that enchanting God, the Celtic Angus, the Ever Young? He who is sometimes called Lord of the Land of Heart’s Desire?” Angus rescued Etain, the Moon, who had been turned into a golden fly. But Etain had to choose between bodily existence in the land of mortals and everlasting life. She continued still, “The artist in us may have lingered in that land for a moment. But you and I who would be teachers and pioneers in this Purgatorial World must be prepared before all the Gods to be the servants of the greatest of them all… the Osiris, the Christ, the God of the Sacrifice of the Self.” Moina then asked Case to resign from his position as Praemonstrator.

Case resigned as Praemonstrator, responding to Moina, “…I have no desire to be a ‘teacher and pioneer in this Purgatorial World.’ Guidance seems to have removed me from the high place to which I have never really aspired. The relief is great.” This seems odd coming from a man who would, in a few years, abandon his artistic endeavors to start his own occult school, the Builders of the Adytum (B.O.T.A.). Perhaps this struggle between his artistic soul and his mystical soul pre-existed his involvement with the Order, and maybe Moina knew this. Archives at the B.O.T.A. state that on one occasion years before he joined the Order, Case was approached by a stranger on the streets of Chicago who called him by name and told him many things about himself. “Your teacher is my teacher,” the man told him. He told Case that he must choose between a life of material comfort as a musician and a life of suffering and renunciation as a vitally needed teacher of the Mysteries. The former would offer him “more of this world’s goods than most”; the latter, important service to mankind and eternal life, and that, “In the end, you will not starve to death.”

After Case was expelled from the Order, he pursued the creation of his own occult school, the School of Ageless Wisdom. This organization failed within a few years. However, he soon moved to Los Angeles, abandoning his lucrative career as a musician, and established the Builders of the Adytum (B.O.T.A.). Still in existence today, it has proven to be a successful correspondence course on Tarot.

Geise wrote to Moina that students from other temples were flocking to hear Case speak prior to his being expelled. Mrs. Elma Dame, The Imperatrix of the Philadelphia Temple, who resigned due to the numerous problems in the Order at the time, pointed to the need for a knowledgeable teacher in America. She wrote to Moina: “When you got rid of Mr. Case, you ‘killed the goose that laid the golden egg.'” Dr. Pullen Burry, a former Order member, concluded that Case was the one to bring “the light of the old R.C. [Rosicrucian] teachings” into the light of Aquarian consciousness. Case’s book, The True and Invisible Rosicrucian Order, stands as a classic Qabalistic interpretation of the Rosicrucian Fama Fraternitatis and Confessio.

Case died easily while vacationing in Mexico with his second wife, Harriet. Fortunately, he left behind extensive writings on Tarot and Qabalah, and is considered by many to be a true “teacher and pioneer in this Purgatorial World. 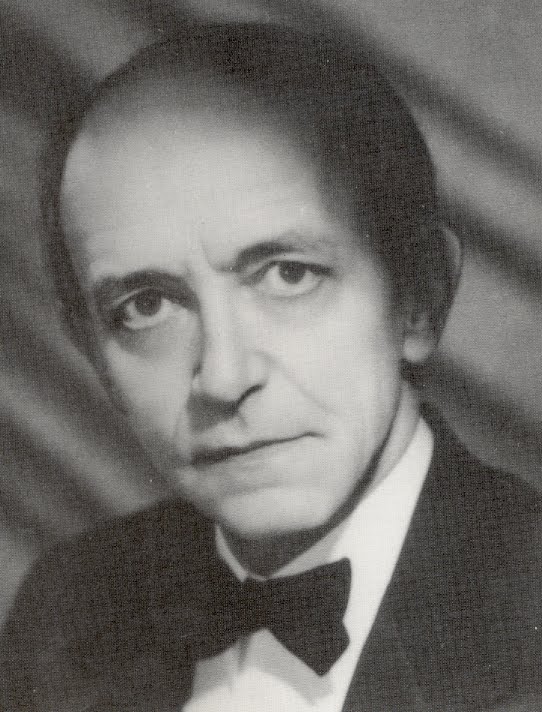