“All the vibrations of disorder that we call “our” sorrow or “our” troubles have the immediate result of weakening or disintegrating our protective “field of snow,” which means that the door is wide open to the adverse [occult/hyperdimensional] forces. They have a thousand and one ways of attacking us — for we are indeed under attack — and the more determined we are, the more relentless they become. This may seem like an exaggeration, but only one who has never tried to make progress would doubt it.

As long as we move with the common herd, life is relatively easy, with its moderate ups and downs; but the moment we want to get out of the rut, a thousand forces rise up, suddenly very interested that we should behave “like everyone else,” then we realize how well organized the imprisonment is. We even realize that we can go as far downward as we can ascend, that our downward movements are in exact proportion to our capacity of ascent; many scales fall from our eyes. If we are a little honest with ourselves, we see that we are capable of anything, and that, as Sri Aurobindo says, “our virtue is a pretentious impurity.” Only those who have never gone beyond the frontal personality can still harbor any illusion about themselves.

These adverse forces have been given all sorts of devilish and “negative “names through the world’s spiritual history, as if their sole aim were to damn the seeker and give decent people a hard time. The reality is somewhat different, for where is the devil if not in God? If he is not in God, then there is not much left in God, because this world is evil enough, as are quite a few other worlds, so that not much would remain that is pure, except perhaps for a dimensionless and shadowless mathematical point. In reality, as experience shows, these disturbing forces have their place in the universe; they are disturbing only at the scale of our constricted momentary consciousness, and for a specific purpose.

Firstly, they always catch us with our defenses down—yet were we firm and one-pointed, they could not shake us for a second. In addition, if we look into ourselves instead of whining and blaming the devil or the world’s wickedness, we find that each of these attacks has exposed one of our many virtuous pretenses, or, as Mother says, “has pulled off the little coats we put on to avoid seeing.” Not only do the little, or big, coats conceal our own weaknesses, they are everywhere in the world, hiding its small deficiencies as well as its Enormous conceit; and if the perturbing forces yank the coats a bit violently, it is not at random or with wanton malice, but to open our eyes and compel us to a perfection we might otherwise resist, because as soon as we have grasped hold of a grain of truth or a wisp of ideal, we have the unfortunate tendency to lock it up in an hermetic and impregnable construction, and to refuse to budge from there.

For the individual as for the world, these rather ungracious forces are instruments of progress.”By what men fall, by that they rise,” says the Kularnava Tantra in its wisdom. We protest against the apparently useless and arbitrary “catastrophe” that strikes our heart or our flesh, and we blame the “Enemy,” but [as Sri Aurobindo pointed out] “is it not possible that the soul itself — not the outward mind, but the spirit within has accepted and chosen these things as part of its development in order to get through the necessary experience at a rapid rate, to hew through, durchhauen, even at the risk or the cost of much damage to the outward life and the body ? To the growing soul, to the spirit within us, may not difficulties, obstacles, attacks be a means of growth, added strength, enlarged experience, training for spiritual victory?” We complain against evil, but if it was not there to besiege and defy us, we would long ago have seized the eternal Truth and turned it into a nice, tidy piece of platitude. Truth moves on; it has legs; and the princes of darkness are there to make sure, however brutally, that it does not slumber.”

~ Satprem, “The Adventure of Consciousness” 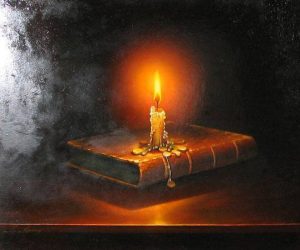 In my work I write and talk extensively about the Hyperdimensional Matrix Control System (HMCS), i.e. the non-physical occult (hidden) hostile forces and their mechanisms which aim to keep us spiritually asleep. To recap this phenomenon in a nutshell: humanity is not on the top of the “food chain”, and humanity is not in control of its sovereign decisions on a ‘macro’ scale. The idea of “free will” is, in many aspects, an illusion. Most of what we see on the world stage is manipulated and designed to create this “food” frequency of scarcity-fueled fear and reactivity (suffering, drama, fear, chaos, externally projected negative emotions (hate, anger, anxiety), sexual pathologies, worship, idolizing, superstition, wars, conflict on a global scale and via interpersonal fighting)…to keep humanity in a frequency prison, governed by forces who operate outside of our five-sensory perception.

We’ve been cut off from our full DNA potential (original genetic blueprint before “the Fall”), locked into limited five sensory perception, ego consciousness, physical survival mode and habitual indulgences, keeping us on a lower fear-based frequency and disconnected from the deeper wisdom of our bodies (our inner “technology”) and our divinity within, our own inner authority and emancipated selves.

These forces work through us/others (including through the elite/controllers on a 3-D level, whom they use as portals/puppets to carry out their agenda) and distract us by projecting the shadows of separation consciousness onto the wall/world stage (divide & conquer) and official culture. “Government” (or any belief in external authority) is also an “archonic” creation; the perfect foundation to keep people stuck in an endless loop of conflict with each other, ensuring that we remain disempowered so as to produce all the “loosh” they require to keep well-fed.

However, this is a “concept” that is really hard for most people to grasp and accept, and is most often ridiculed and laughed off as “sci-fi”, “conspiracy nonsense” or “mental/ psychological delusion” because it’s so far out their conditioned beliefs and view of life (a perspective that is inserted into our minds by the same “force”).

And yet, despite the cynical skepticism, all of the ancient mystery schools, true shamanic insights, and esoteric teachings (much of which have been suppressed and/or distorted over thousands of years for obvious reasons) have conveyed this truth for ‘the ones with eyes to see and ears to hear’, using their own language and symbolism, be it “The General Law” (Esoteric Christianity), Archons (Gnostics), “Lords of Destiny” (Hermeticism), Predator/Fliers – “The topic of all topics” (Shamanism, Castaneda), “The Evil Magician” (Gurdjieff), The Shaitans (Sufism), The Jinn (Arabian mythology), Wetiko (Native American Spirituality), Occult Hostile Forces (Sri Aurobindo & The Mother, The Integral Yoga), etc.

It is not a “fairy tale” nor “superstition”. Our entire (modern) civilization is heavily influenced by this “force” – an “alien” construct, so to speak- which we have been led to accept as arising from “human nature”… a condition wherein pathology has become normalized.

This Knowledge won’t be brought to us via TED, Oprah, The NY Bestseller list, mainstream “science” – let alone any politician – anytime soon. This is a deep and complex topic which challenges virtually everything we’ve ever believed in with regards to our history and human origin. From personal experience, many people tend to ridicule/judge – or have an “opinion” about – this topic without ever having sincerely researched it …and have also avoided delving into the sincere esoteric self-work required in order to perceive these forces directly, to “see the unseen” beyond appearances.

– VIDEO: THE MATRIX CONTROL SYSTEM & THE PATH TOWARDS AWAKENING
https://veilofreality.com/…/the-matrix-control-system-the-…/ 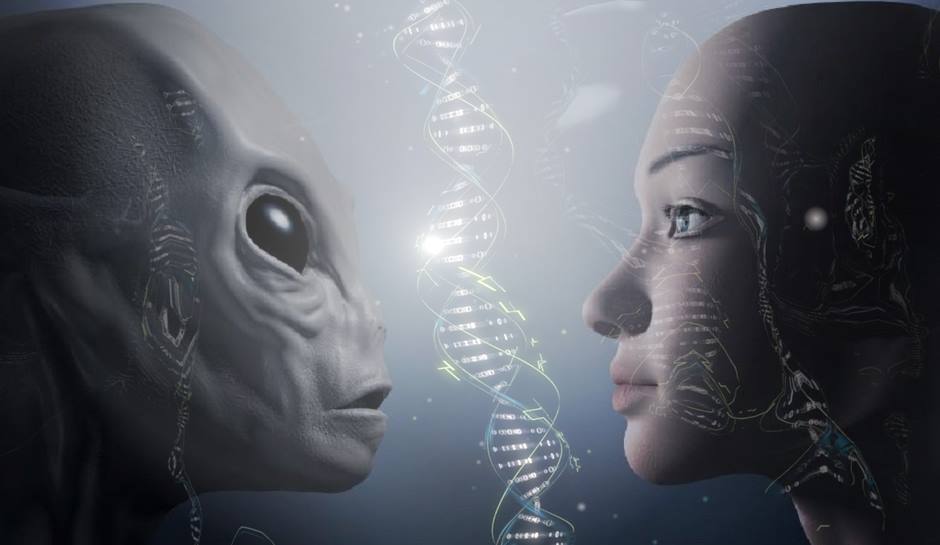 The Adventure of Consciousness