In the holy Zohar it is written

that through the study

of the secret wisdom,

the final liberation will come with compassion.

Not with judgment alone.

Now the wisdom is no longer secret.

Sages and masters have found ways

to make it accessible to all.

Those who learn it and spread it,

they are bringing divine compassion

and redemption to the world.

As we wake up to the “horror of the situation” (as Gurdjieff described it) and realize the madness of the world – with sleeping people “dreaming to be awake”, as well as our own sleep state and conditioning – it can feel like we’re caught in a prison, and that analogy is correct in many ways. As a result of this “shock”, it can be natural at first to feel like a victim and blame the powers-that-be (the global elite on a 3D level, or their hyperdimensional puppeteers) for our situation. However, getting caught up in blame and victimhood is essentially a dis-empowering state that feeds the matrix. While the whole set-up feels like being in a prison, from a higher perspective, life on earth is a “school” for the evolution of consciousness, and all there is are essentially soul lessons.

When we are subjected to personal attacks (hyperdimensionally, or from other people), or have to deal with difficult interpersonal relationships (where we tend to blame others or our partner for what they/he/she has done “to us”), and we go into reactivity, the matrix is being nourished. Obviously, this doesn’t mean to put up with abuse, and boundaries need to be made. However, essentially, we cannot blame others for how we feel. The victim/blame frequency is exactly what the hyperdimensional matrix feeds off of, and “they” want us to engage in interpersonal fighting, for it all creates the emotional “loosh” for them to feed upon. The moment you take anything personally, the matrix has you, triggering your self-importance (identification with your personality/ego).

Regardless what happened “to us”, in light of the process of awakening, we need to become aware of the victim archetype that is strongly embedded in our collective psyche in order to empower ourselves and take self-responsibility for our healing, growth, and life journey.

We see the victim/blame archetype playing out on social media these days as well. A good way to check yourself in order to ensure you are not falling into that trap (and thereby essentially giving your power away energetically) is to observe how easily you get triggered/upset about other people’s posts, opinions, pics, etc… especially on a baseline emotional level. Observe how you may be projecting inner turmoil onto people you have never met personally, nor talked to face to face… taking things personally, getting offended, even if you feel justified in doing so because you were “attacked” (by the way, there is nothing wrong with blocking/deleting people – making clear boundaries is important, too!). Observe, when sharing personal stuff, if it is actually coming from a place of self-pity and blame, instead of honest vulnerability that’s supported by humility (not to be mistaken as “self-diminishment”) and personal responsibility….or posting something in order to seek out attention, which relates to Narcissism.

All this of this emotional “loosh” – based on egoic self-centeredness – is sustenance for the Matrix. It’s tricky at times to catch it in yourself, and the ego/predator mind can camouflage itself and shape-shift like a chameleon. Self-sincerity, radical self-honesty, and observing oneself are key tools to deploy in order to check in with our actions and thoughts at all times in that regard (a good question to ask oneself: what is my true – most often hidden – intention for posting this or that?). All of this is especially true in relation to the internet and the archonic A.I. infection we are all exposed to via technology, keeping us head-centric and isolated (despite the positive side of connecting, networking and sharing information).

“There are forces, and subliminal experience seems to show that there are supraphysical beings embodying those forces, that are attached in their root-nature to ignorance, to darkness of consciousness, to misuse of force, to perversity of delight, to all the causes and consequences of the things that we call evil. These powers, beings or forces are active to impose their adverse constructions upon terrestrial creatures; eager to maintain their reign in the manifestation, they oppose the increase of light and truth and good and, still more, are antagonistic to the progress of the soul towards a divine consciousness and divine existence. It is this feature of existence that we see figured in the tradition of the conflict between the Powers of Light and Darkness, Good and Evil, cosmic Harmony and cosmic Anarchy, a tradition universal in ancient myth and in religion and common to all systems of occult knowledge.

The theory of this traditional knowledge is perfectly rational and verifiable by inner experience, and it imposes itself if We admit the supraphysical and do not cabin ourselves in the acceptation of material being as the only reality. As there is a cosmic Self and Spirit pervading and upholding the universe and its beings, so too there is a cosmic Force that moves all things, and on this original cosmic Force depend and act many cosmic Forces that are its powers or arise as forms of its universal action. Whatever is formulated in the universe has a Force or Forces that support it, seek to fulfill or further it, find their foundation in its functioning, their account of success in its success and growth and domination, their self-fulfillment or their prolongation of being in its victory or survival.

It is this truth of the cosmic Invisible that was symbolized in the ancient belief of a struggle between the powers of Light and Darkness, Good and Evil for the possession of the world and the government of the life of man; this was the significance of the contest between the Vedic Gods and their opponents, sons of Darkness and Division, figured in a later tradition as Titan and Giant and Demon, Asura, Rakshasa, Pisacha; the same tradition is found in the Zoroastrian Double Principle and the later Semitic opposition of God and his Angels on the one side and Satan and his hosts on the other, – invisible Personalities and Powers that draw man to the divine Light and Truth and Good or lure him into subjection to the undivine principle of Darkness and Falsehood and Evil.

Modern thought is aware of no invisible forces other than those revealed or constructed by Science; it does not believe that Nature is capable of creating any other beings than those around us in the physical world, men, beasts, birds, reptiles, fishes, insects, germs and animalculae. But if there are invisible cosmic forces physical in their nature that act upon the body of inanimate objects, there is no valid reason why there should not be invisible cosmic forces mental and vital in their nature that act upon his mind and his life-force.

And if Mind and Life, impersonal forces, form conscious beings or use persons to embody them in physical forms and in a physical world and can act upon Matter and through Matter, it is not impossible that on their own planes they should form conscious beings whose subtler substance is invisible to us or that they should be able to act from those planes on beings in physical Nature.

Whatever reality or mythical unreality we may attach to the traditional figures of past human belief or experience, they would then be representations of things that are true in principle. In that case the first source of good and evil would be not in terrestrial life or in the evolution from the Inconscience, but in Life itself, their source would be supraphysical and they would be reflected here from a larger supraphysical Nature. This is certain that when we go back into ourselves very deep away from the surface appearance, we find that the mind, heart and sensational being of man are moved by forces not under his own control and that he can become an instrument in the hands of Energies of a cosmic, character without knowing the origin of his actions.

It is by stepping back from the physical surface into his inner being and subliminal consciousness that he becomes directly aware of them and is able to know directly and! deal with their action upon him. He grows aware of interventions which seek to lead him in one direction or another, of suggestions and impulsions which had disguised themselves as original movements of his own mind and against which he had to battle. He can realize that he is not a conscious creature inexplicably produced in an unconscious world out of a seed of inconscient Matter and moving about in an obscure self-ignorance, but an embodied soul through whose action cosmic Nature is seeking to fulfill itself, the living ground of a vast debate between a darkness of Ignorance out of which it emerges here and a light of Knowledge which is growing upwards towards an unforeseen termination.

The Forces which seek to move him, and among them the Forces of good and evil, present themselves as powers of universal Nature; but they seem to belong not only to the physical universe, but to planes of Life and Mind beyond it. The first thing that we have to note of importance to the problem preoccupying us is, that these Forces in their action seem often to surpass the measures of human relativity; they are in their larger action superhuman, divine, titanic or demoniac, but they may create their formations in him in large or in little, in his greatness or his smallness, they may seize and drive him at moments or for periods, they may influence his impulses or his acts or possess his whole nature. If that possession happens, he may himself be pushed to an excess of the normal humanity of good or evil; especially the evil takes forms which shock the sense of human measure, exceed the bounds of human personality, approach the gigantic, the inordinate, the immeasurable.”

~ Sri Aurobindo, The Hidden Forces of Life – The Integral Yoga 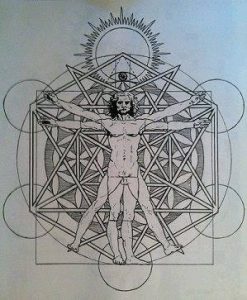 “Sometimes in our zeal to share our awakening process, we say more than we should about what we’ve discovered. It could be shocking to someone else’s view of reality who is less aware and then they, in their lack of awareness and cognitive dissonance will doubt you and make you “wrong”. Then tell others about your “problems” and so on. This really hurts when you discover someone you trusted is gossiping behind your back, poisoning others’ views and beliefs about you which are not true. The list is endless really, but the point I’m making is that discernment of character and especially spiritual discernment, is a fine art of deepening ones awareness, sensitivity, patience and wisdom. It takes a humility and courageousness that cannot really be done alone, and yet it sometimes feels like we are all alone when we are going through “the dark night of the soul”. 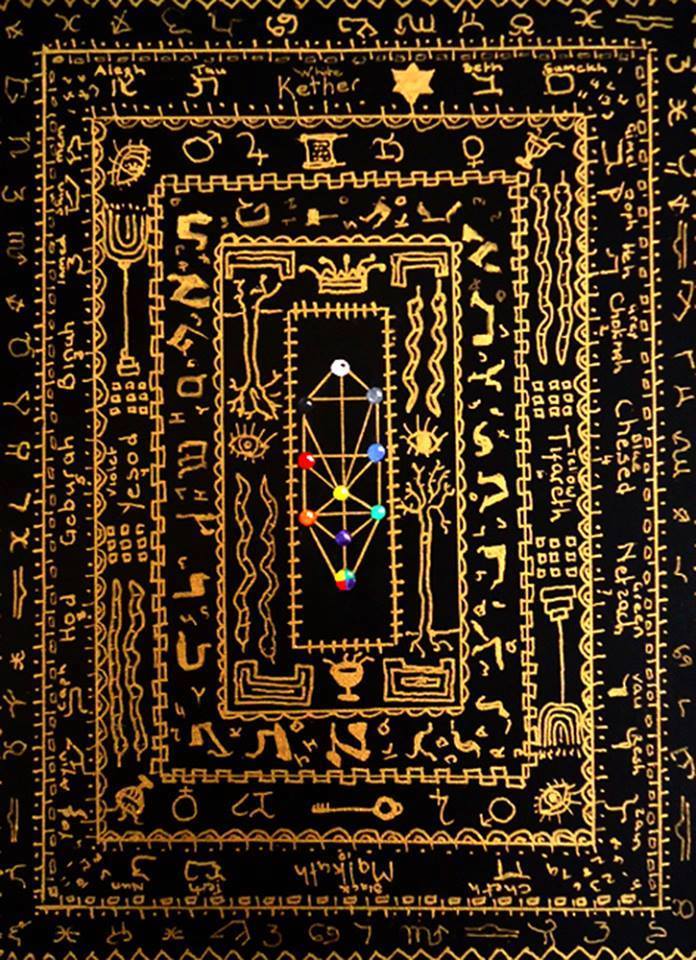