Probably the least known of the three original Chiefs of the Esoteric Order of the Golden Dawn, was Dr. William Robert Woodman. Dr. Woodman was described in a Rosicrucian Society pamphlet written by W.W. Westcott as “a student of Old Hebrew Philosophy (Qabalah) and Egyptian Antiquities. He was familiar with works of Gnostics, Platonists, Neo-Platonists, and Medieval Sciences such as: Astrology, Alchemy and the Tarot.”
Born in England in 1828, he studied medicine in London and qualified in 1851. When the Rosicrucian Society of England (Societas Rosicruciana in Anglia) was founded in 1866, Dr. Woodman was practicing medicine at Victoria Villas, Stoke Newington. He became the Secretary of the Societas Rosicruciana in Anglia (familarly known as the Soc. Ros.) in 1867. The Societas Rosicruciana was a scholarly and ceremonial association, open to Master Masons only.

Later, he succeeded R.W. Little as the Supreme Magus of the Society in 1878 when Little passed away. As a student of the Qabalah he added a swing of spiritualism to the Soc. Ros., although it was not organized as a school for Qabalistic or Occult instruction. William Wynn Westcott and MacGregor Mathers were not only enthusiasts of both, they were members of the Soc. Ros.

They all had preoccupations with Ritual Magic, Alchemy and the Qabalah. This deepened their friendship and lead to the extension of their Soc. Ros. perspective. Westcott had originally sought out Woodman, whom he had known by reputation as soon as he had settled in London. Woodman was a sort of mentor to him for many years. If Mathers owes his Masonic advancement to Westcott, so Westcott owed his to Woodman.

At the point in history when the Esoteric Order of the Golden Dawn was in it’s beginning stages, many people were dissatisfied with the options of study available to them at that time. For instance, Blavatsky had a group called the Theosophical Society. This attracted many people for it’s spiritual and intellectual content, though many were repelled by it’s large Oriental influence. Mathers, Westcott, and Woodman felt that they could offer something better, if not different to those dissatisfied seekers of the Light of Hidden Knowledge.

It was Westcott who enlisted Dr. Woodmans participation in the foundations of the Golden Dawn. Woodman was 20 years Westcotts senior and old enough to be Mathers father. His role in the establishment of the Order, endowed it with an air of dedication and respectability. At this point, he was retired from medicine and his older more “Victorian” demeanor made him the perfect figurehead for the Order. His age even lead many people to make the common misconception that the Order was a Society of “old gentleman”. This was hardly the case. Most of the members in the Order 4 years after it’s conception, were in their 20’s.

Woodman stayed out of the limelight. Although he might have been the moving spirit of the Orders conception, his participation was limited. His advanced age, ill health, and the fact that he lived some distance away in the suburbs, kept him apart from the egregore to some extent.

There was very little published material authored by Woodman. Which is strange, as it was reported that he had written many papers and had even co-edited a Rosicrucian Society Magazine with Mr. Little.

Dr. Woodman died in 1891, before he could see the establishment of the Golden Dawn’s Second Order. 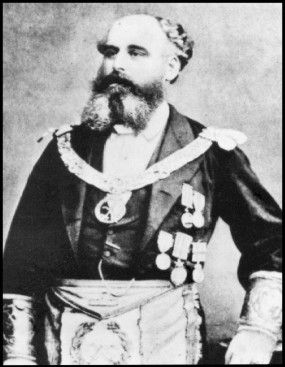